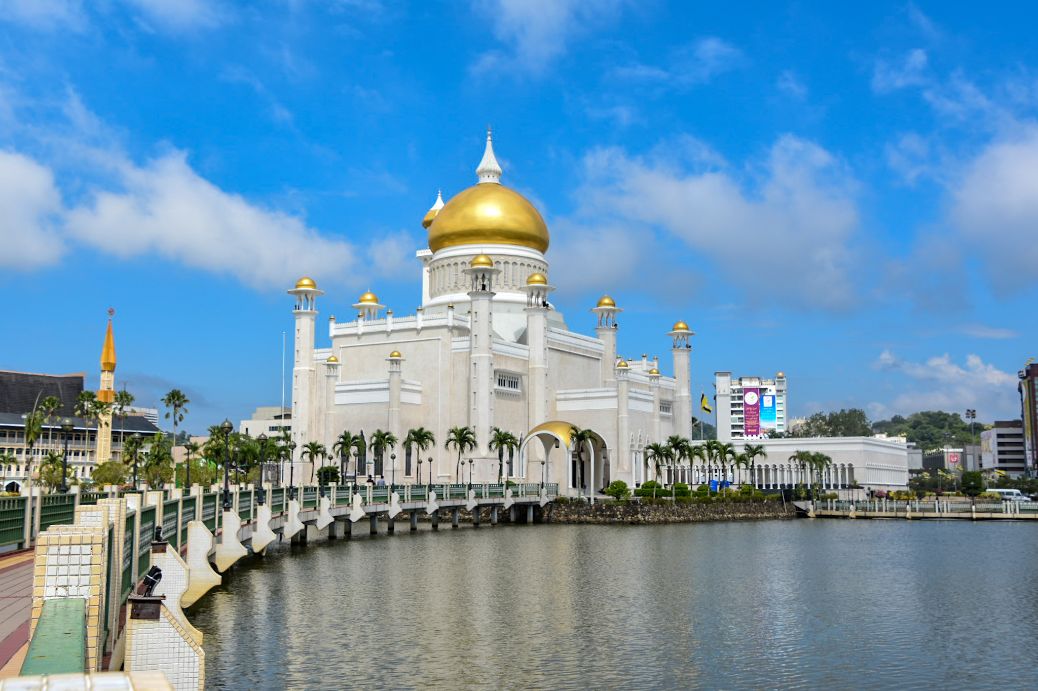 10 things to do in the Sultanate of Brunei

After spending a few days in the Malaysian city of Miri, I decided to move by land and after four hours of travelling my eyes filled with joy contemplating the greenery of the surrounding forests. I had arrived at Bandar Seri Begawan, capital of Brunei.

In this second article dedicated to the little sultanate, I will tell you what is worth visiting the luxurious capital. Although it doesn’t look like it, even in a small state like this there are several interesting things to see, such as the village of Kampong Ayer, built literally in the middle of the Brunei River.

For starters, the first thing I noticed was the wide highway along which my bus ran with lots of modern luxury cars. From the state of the asphalt, it was possible to deduce that here road maintenance knows no flaws and I thought that this freeway was the first symbol of what oil wealth guarantees to this nation.

Once I arrived in Bandar Seri Begawan, I immediately realized that I had to put aside the wild chaos of parties on Thai beaches or the grandeur of the skyscrapers of Singapore; This city has modern buildings with few floors and everywhere you turn you see order and cleanliness. In addition, the rhythm of life in the capital compared to the rest of Brunei is very relaxed. Are you now ready to learn more about the main places of the sultanate?

After suffering extensive damage first by the Japanese and then by Allied forces during World War II, from 1945 the city was largely rebuilt with British aid. Within a few years, the city became the administrative and financial centre of the country, with a port located at the mouth of the river Muara. Today, the centre of B.S.B. is quiet and to tell you the truth, even a bit boring. There is a shopping centre, a couple of official buildings and a promenade from which you can admire the village of Kampong Ayer and the golden tip of the Sungai Kebun bridge in the distance.

The Royal Regalia Museum was officially opened on 30 September 1992 and is completely free of charge. This place is totally focused on the life of the sultan and what it means to be one of the richest men in the world. Inside you can admire the regalia of the Sultan and those of the others before him, as well as exhibitions related to the celebrations of the Jubilee of Silver and Gold, the rule of Brunei by Sultan Hassanal Bolkiah. In addition to this you can see the lavish sequence of shields and carriages used by the royal guards.

The exhibition also includes gifts that the Sultan received from other dignitaries.

The Mosque is dedicated to Sultan Omar Ali Saifuddien and is considered as one of the most beautiful in Southeast Asia, as well as one of the main attractions of Brunei. The mosque is a classic example of Islamic structure. The work on the Mosque began in 1954 and ended in 1958 under the guidance of the Italian architect Rodolfo Nolli. The Sultan spared no expense for the construction of this place of worship, in fact 5 million dollars were spent on importing Italian marble which were laid in the columns and floors. Granite from Shanghai was used to reinforce the walls, crystal chandeliers came from England, the carpets were supplied from Saudi Arabia. Finally the main dome was covered with pure gold. Even the exterior is noteworthy! The mosque was built inside an artificial swimming pool in the shape of a crescent at the edges of which a park was created, where locals could spend afternoons and weekends.

Jame Asr Hassanil Bolkiah Mosque was inaugurated in 1994 and is located in the Gadong district, a bit outside the city centre. Built to commemorate the 25th anniversary of the Sultan’s reign, the mosque has an imposing and lavish structure. It has 29 golden domes and 4 minarets that reflect the sunlight during the day. Its walls are embellished with multicoloured windows and at night it is lit like a golden flame. Its interior has a meticulous attention to detail, with large stairs, oversized chandeliers, stained glass windows and repeated motifs based on Islamic geometry. The surrounding gardens are very well maintained and are embellished with beautiful fountains; they also have seating open every day from 8.00am to 8.00pm.

Built in the middle of theBruneiRiver, Kampong Ayer in the local language means “water village” and it is the largest floating village in the world. Kampong Ayer consists of 42 small villages connected by kilometres of walkways. The houses are built on stilts and some of their exteriors are faded due to the sun. This network of homes have electricity, air conditioning, running water and on some reinforced stilts schools are built, mosques, a police station. There are of course shops nearby. he settlement is probably older than the Sultanate itself, as it was first mentioned in the 16th century by the diaries of the Magellanic fleet. Despite the strong downsizing in recent decades, more than 40,000 people still live in Kampong Ayer. I spent a few hours walking in the village and the one thing that struck me was the friendliness of the locals. I would​ say that it is a characteristic that applies to all Brunei, whose inhabitants are very welcoming and curious.

This is the official residence of the sultan and means “Palace of the Light of Faith“. It is the world’s largest royal building, in fact it has 1788 rooms, 200 air-conditioned stables for the Sultan’s polo ponies, all the handles and doors are covered with gold, 257 bathrooms, a mosque for 1,500 people, a garage that can hold 110 cars, 5 swimming pools, 564 chandeliers, 44 staircases and 18 lifts. The palace is open to the public only during the three-day festival of Hari Raya Aidil Fitri at the end of Ramadan. The best way to see the outside during the other days of the year is to take a water taxi that passes near the building.

Every day from 4 pm to 11 pm, under a large tent-shaped roof, dozens of stalls serve local food at an affordable price. I recommend to arrive on an empty stomach because there is a lot of choice! I was enchanted by the taste and variety of rice and noodles dishes but also satay (Malaysian style kebabs), fish and beef grilled and grilled.

74% of Bruneiis covered by rainforest, the majority still unspoiled and protected, is home to numerous types of wildlife and over 400 types of butterflies. Today only 1% of this forest is accessible to the public and the Ulu Temburong National Park was the first national park established in Brunei. This nature reserve extends for 550 km in the eastern part of the country and the only way to visit it is to take part in an organized tour. If you plan to visit the park independently, you need to apply for a special permit which is difficult to obtain. Anyway, most of these tours are real trips that leave at 6.30 in the morning and end the same evening. However you can also take part in multi-day tours that include overnight stay at the Ulu Ulu Resort. Prices vary depending on the tour and package, the basic amount is around $100 USD per person.

Tutong is a small town located 5 minutes fromBrunei’s most popular beach, Seri Kenangan Beach. The beach is located between the Tutong River on one side and the South China Sea on the other. Its beach is much quieter and less crowded than the nearby Malaysian coast. Here you can feel the sea breeze on your skin and the warmth of pristine white sand on your feet; in short, the right combination to relax at best, maybe at the ​ end of the day, after the hike between the mosques and the treasures of the sultan.

This reserve can be a rejuvenating day trip to get away from Bandar Seri Begawan. The main attraction are the famous Iban long houses on stilts, but there are also passages through wetlands, waterfalls and several acres of jungle to explore. It can be done independently by renting a car or you can rely on an organized tour.

Tasek Merimbun is the largest lake in Brunei, located near Mukim Rambai in the district of Tutong, about 70 km from the capital. The lake supports a rich variety of wildlife including birds, mammals and reptiles. There is a small island in the central area of the lake that can be reached via a wooden walkway. Don’t expect much tourist infrastructure, but it is a very quiet place. Also in this case there is no public transport to reach the park unless you can rent a car or on an organized tour. 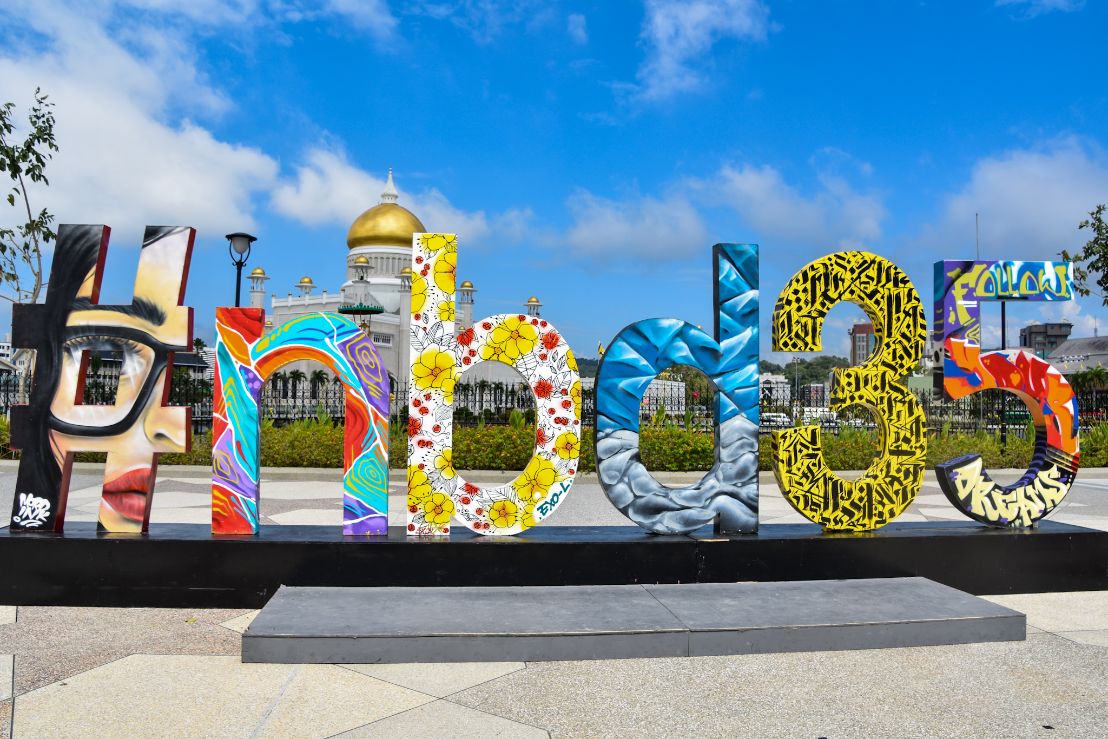 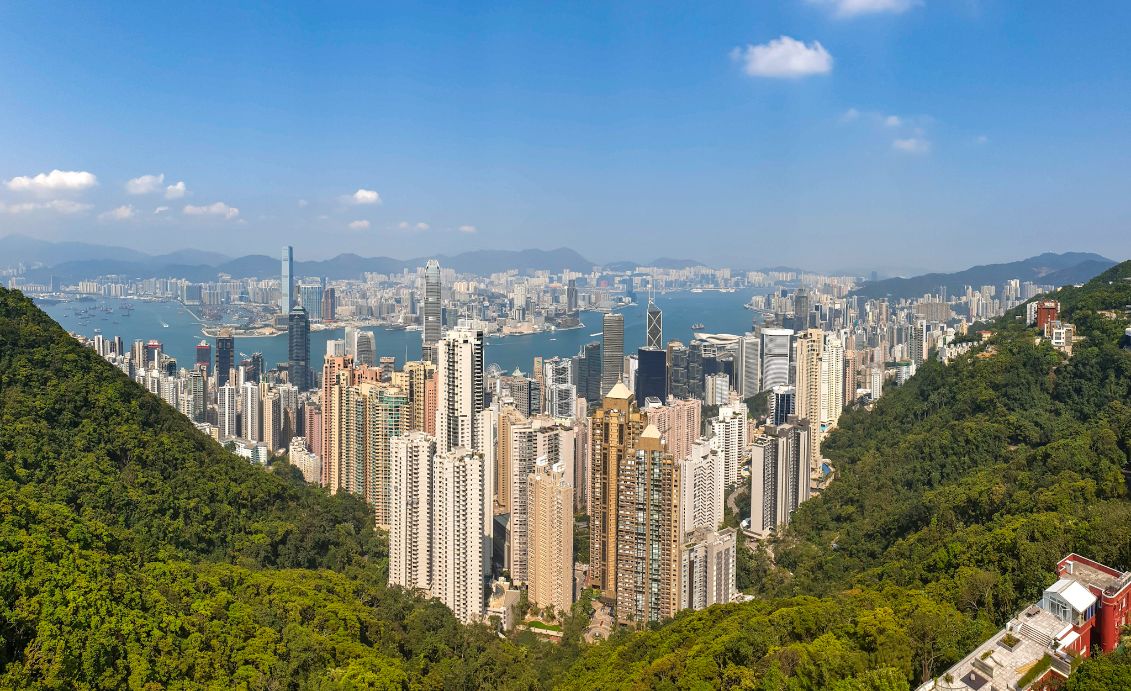