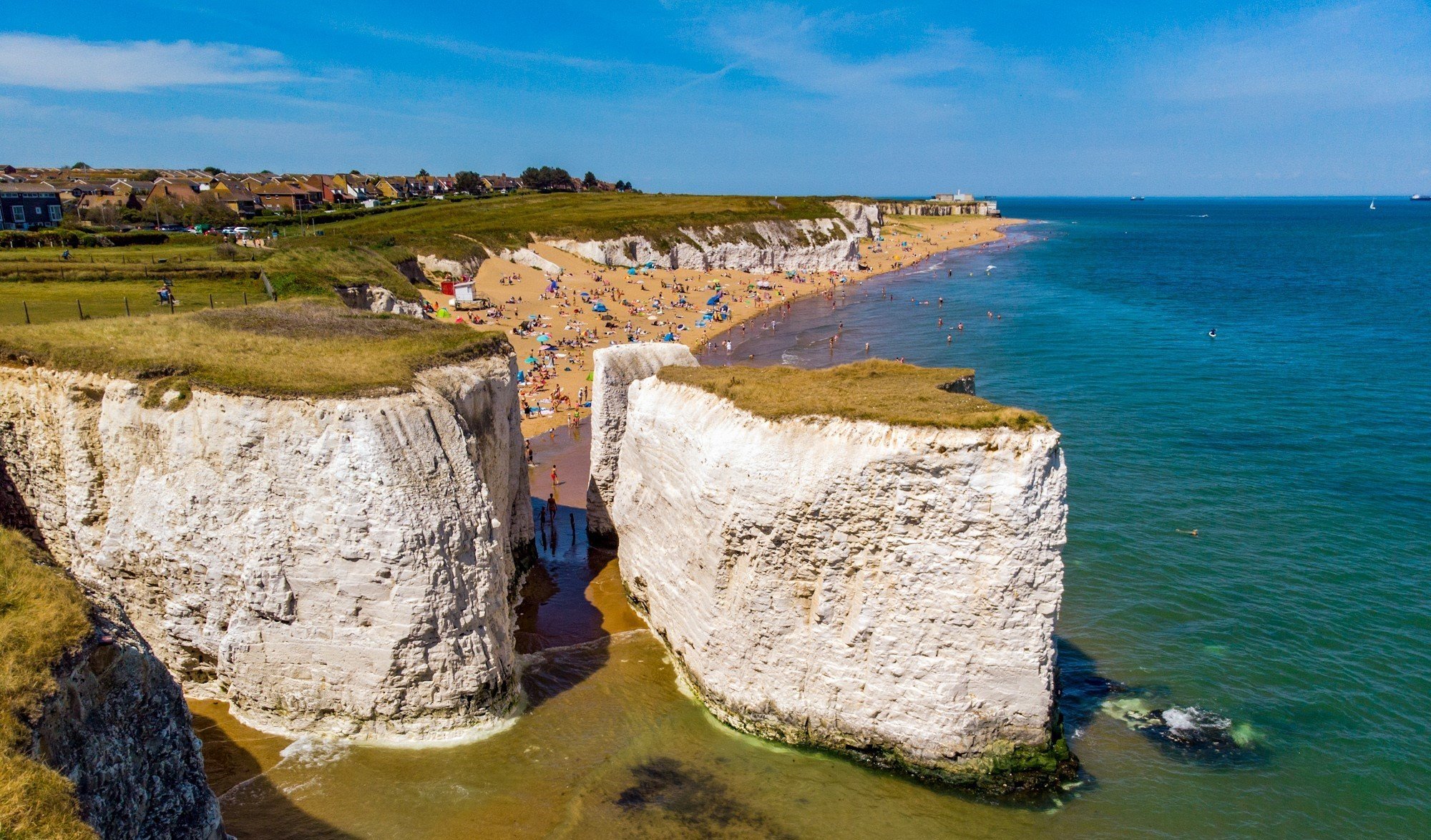 The walk from Margate to Ramsgate via Botany Bay

Europe, Travel, United Kingdom
After several bad weather weekends, Giuseppe and I, a nature guide and photographer for National Geographic, we really wanted to go for a walk and finally we took advantage of a Saturday where it was not expected rain. After several searches on the route to be taken, I proposed to go to the Thanet Peninsula, the easternmost point of Kent near the districts of Dover and Canterbury, where some of the most beautiful bays of England are hidden. In the past, Thanet was separated from the rest of the county by the 600-metre-wide Wantsum Canal, then over the last millennium, The latter was filled with debris from the Stour River and the gravel that was accumulating along the coast helped unite Thanet with the rest of Kent. The walk I chose connects three historic towns within the peninsula such as Margate, Broadstairs and Ramsgate and develops along the Viking coast trail. The walk can be done both on the cliff and at sea level; in fact during the low tide you can walk along the beach between the various bays. For the first part of the route we kept along the beach and then move on the cliffs.

The beginning of our walk is this traditional seaside town, representing the typically English resort with a retro atmosphere where we found sandy beaches, rides and fish stalls with the classic fish and chips. This entire stretch of coast is made of limestone rock overlooking the sea, where chalk also runs along the seabed and can give the shallow waters a transparent color. The chalk terrain and beaches are an ideal place for various species of plants and birds including the sea-cock with its characteristic orange beak.

the beginning of the walk

the first part of the walk along the beach

FROM MARGATE TO BOTANY BAY

We continued with the cliffs to our right and the ocean to our left. At beach level, the tide was low so we saw rocks and algae on the shore. There was a quiet atmosphere: the only sounds we heard were the waves and some seagulls passing by and there was no one in front of us. After these first kilometers along the beach we moved along the cliffs.

panorama from the cliffs

Walk and walk, before our eyes begin to glimpse, between the white cliffs, the stacks that emerge from the sea in the shape of barrels of oil forty meters high, and a beach of sand secluded: here we arrived at the pristine bay of Botany Bay. Whose name is linked to the story of some smugglers in the area who were captured and then deported to a ship condemned to Botany Bay, Australia. This place is proof that nature is able to create impressed sculptures, it was also used as a set for several movie shots. When the tide is low Botany Bay is the perfect place to hunt for fossils and to explore the rock pools. The beach has Blue Flag status and is recommended by the Marina Conservation Society.

Continuing further on we crossed the imposing Kingsgate Castle, built in 1760, and then reached Kingsgate Bay, a picturesque beach surrounded by cliffs that act as a whispering wall, bouncing the echoes of waves from end to end. The northern end of the beach is marked by a wonderful arch that was cut off by the tides. Right after that, Jess Bay appears, a 200-metre cove that is a true surfer’s paradise, surrounded by golf courses. The bay is named afterJoss Snelling, a well-known local smuggler who was also presented to Queen Victoria as “The Famous Broadstairs Smuggler”. Further on are Stone Bay and Viking Bay where there are small wooden houses along the beach, in short, a good place to take photos and here, along one of the benches, we stopped for lunch with a beautiful view of the sea. Shortly after we traveled Louisa Bay until you get to the town of Broadstairs, a cluster of quirky little alleys, small stone houses and fishing cottages. Charles Dickens was a frequent visitor to the place whose sparkling air of the sea he loved and which gave him much inspiration for his novels.

We continued to walk along the white cliffs filled with lush vegetation, with the blue sky and transparent sea water that gave us the feeling of being in Puglia more than in England. All this was a combination of positive feelings that accompanied us until Ramsgate, a city known to be the only one with the status of “Royal Harbour” which was granted by the sovereign George IV in 1821 when, following his numerous visits, he was so pleasantly impressed by the hospitality received by the population that he decided to honor it with this title. Then we headed to the station which is 20 min walk from the port to go back to London.

panorama along the coast

START/END: Margate/Ramsgate
HOW TO GET THERE: by train from London Victoria station, the train is direct and takes about 2 hours. For tickets visit the southeasternrailway railway website
DISTANCE: 13 KM
DIFFICULTY’: easy, the entire route is in plan
TIME: for walking and some stops keep 3 or 4 hours
WHEN TO GO: all year round
TIPS: comfortable clothing and hiking shoes, along the way there are many refreshment points but bring some water.
If you plan to go in the summer and find a nice day you can also take a bath, the beaches are very beautiful. Botany Bay is the busiest but if you are looking for peace and quiet there are other coves with fewer people.

But if you want to visit a lovely medieval town and get lost in its alleys Canterbury is a good solution. 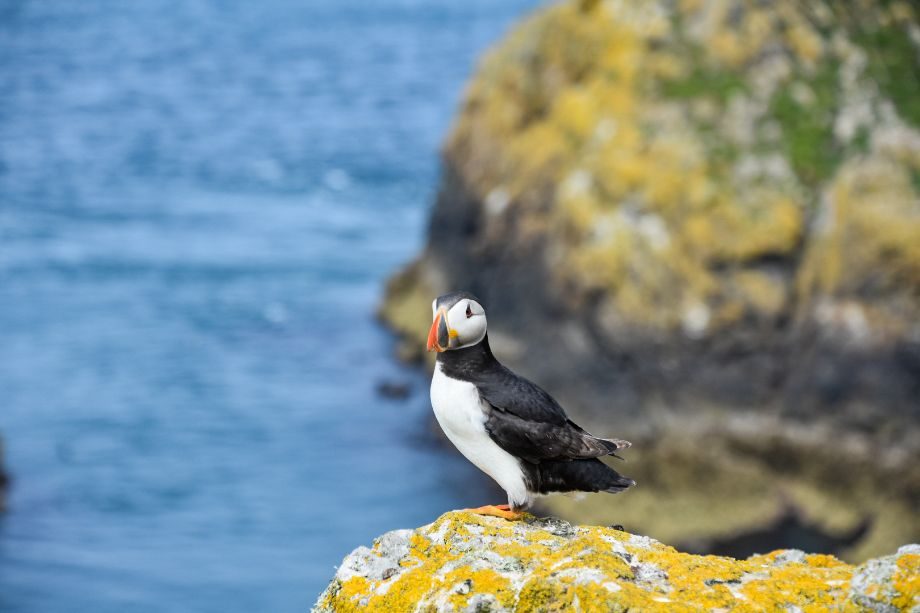 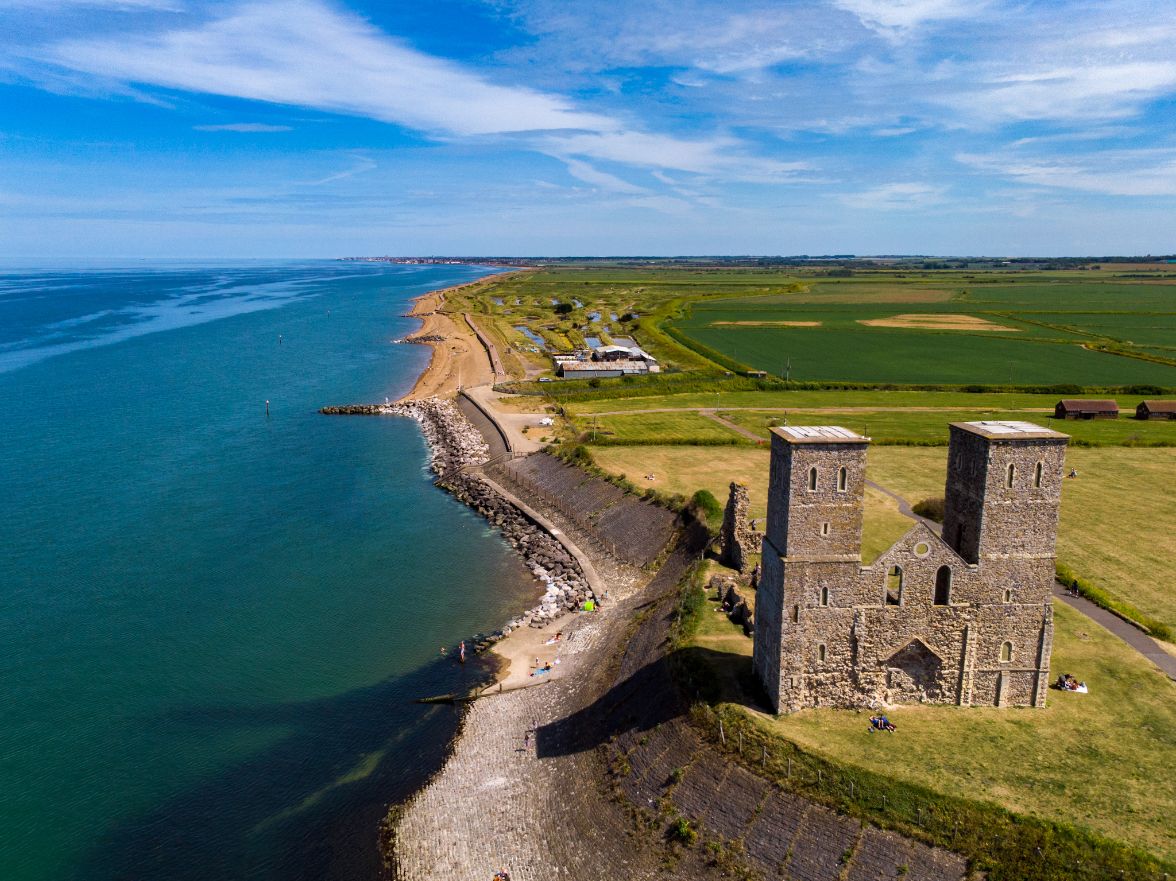