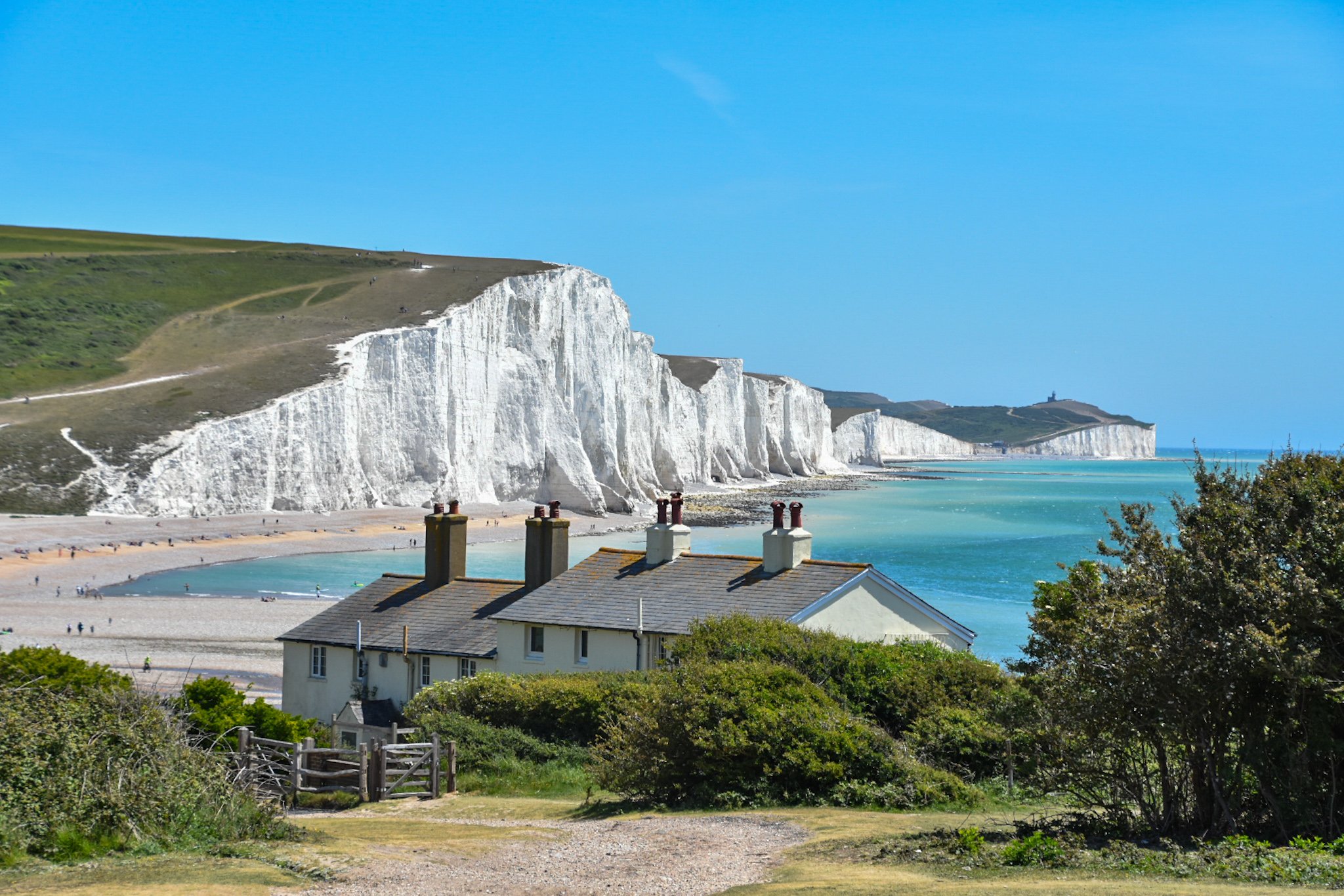 The walk to the Seven Sisters white cliffs

Europe, Travel, United Kingdom
Do you want to forget for a while the hectic pace of a big city such as London? Do you want a pleasant outdoor excursion? Well! If like me you are fond of trekking, the best advice I can give you is: “go to the Seven Sisters!” When we think of the white English cliffs we immediately think of the famous ones of Dover but, mind you, they are not the only ones!

WHY THEY ARE CALLED SEVEN SISTERS AND WHERE THEY ARE

The “Seven Sisters” are a series of seven hills(like those of Rome) located inside a long cliff undulating white chalk that faces
English channel. Their name comes from a legend according to which seven sisters lived on these limestone formations, each of which had a house between these hills that, put together, make up the c.d.“Seven Sisters Country Park”, located within the larger South Down National Park.
Their origin dates back to prehistoric times when ancient rivers dug deep valleys inplaster but due to the permeability of this material, water instead of remaining on the surface disappeared underground, thus giving rise to technically known formations as “dry valleys”. Over the millennia these valleys were submerged by sea water whose erosive force contributed not only to shape the present structure of the cliffs, but also to push the softerchalk of the seabed to the surface of the rocky walls. Later, when the sea level dropped, the plaster of those walls returned to light keeping alive the bright white colour, undisputed symbol of the Seven Sisters. The Seven Sisters are occasionally used in film and television production as a substitute for the more famous cliffs of Dover, since their territory is almost devoid of urban settlements. In addition, the force of the wind blowing incessantly and the waves hurling themselves on the chalk of the cliffs make theSeven Sisters and Beachy Headmore attractive than the white cliffs of Dover, which suffer from the presence of the port and the growing vegetation.
Curious after seeing the fairy-tale images of these rock faces, I decided to visit this place relying on one of the many trekking groups that the city of Londonoffers, but you can also do it independently, without problems. The meeting place of the group was Victoria Station from where we took the train. Once on board, I immediately met an Italian girl, Anna, with whom I started chatting until at Lewes we had to take a second train to reachSeaford, starting point of the trek. The best route to admire the cliffs, in my opinion, starts from the beach of Seaford until you reach the seafront of Eastbourne. That does not change if you want, you can also do the reverse path. Our group was quite numerous even if in smaller number than the members, because that day was expected strong wind and some, more conscientious, abandoned the idea. Actually when we arrived at Seaford the weather forecast had right, at least for once and the wind was really strong!

THE BEGINNING OF THE WALK

Leaving the station, you need to follow the main road that leads to the sea. The first part of the route is along the coast. After this first flat part, the climb to the cliffs of Seaford Head begins, on the top of which we admired the view over the whole city and then continue on the hills, among various ups and downs with the sea to our right. The landscape to say the least was AMAZING! Our steps crossed sheep to pasture and a multitude of colourful flowers until our attention was struck by the first sighting of the Seven Sisters; Keep in mind that I have seen many places but this particularly impressed me and gave me some photographic glimpses to say the least wonderful.

The cliffs of Seaford Head

the city of Seaford

the white cliffs of the Seven Sisters

We arrive atCuckmere Haven, a valley where the river meets the sea. Here there are also the famous cottages of coastal guardians with cliffs that can be seen not far away. These small houses are the most photographed in the country. In fact it seems to be in a postcard landscape. To start the climb you have to cross the river Cuckmere; with low tide this point is shallow, taking off your shoes you can cross the river on foot until the beginning of the cliff. When there is a high tide, you move inland, walking along the edge of the river and lengthening the hike by a few kilometres to the bridge that allows you to cross the stream, getting closer and closer to thechalk cliffs that seemed so far away at the start of the walk. Up close it is easy to see how fragile they are, with big cracks. The time has finally come to climb the hills, the first sister, and walk along the “Seven Sisters”between ups and downs and grassy hills on the sea. The views are beautiful, remember to look back as this maybe a view you may not see again. The path is not difficult but the strong wind does not help.

We arrived atBirling Gap, a natural inlet formed between the cliffs from which you can enjoy an amazing view of the park. The area is owned by the National Trust and offers a tourist centre, bar, access to the beach, toilets, parking and transport facilities. It is a tourist point, if you want to escape the crowds keep walking. It’s also a good place to take a break.

We continued to the lighthouse ofBelle Tout where the strong wind was felt. The lighthouse was built in 1832 but due to its often foggy location on the cliff it was not helpful for warning of the passage of ships, so in 1902 it was decommissioned. It became a family house and tea house but was partially destroyed during World War II. In the 1950s, it was rebuilt and purchased by BCC for several times. Due to erosion thelighthouse was going to fall and in 1999 it was moved back 17 meters. It Now has new owners who converted it into abed and breakfast. Think about spending a night in the lighthouse and waking up with the view of the sea and these beautiful white cliffs and the opportunity to take a walk at dawn. This lighthouse is on my wish list.

Belle Tout lighthouse in the distance

The cliffs are there to mark the boundary between land and sea, between the majesty of the sea and the peace of the park. Throughout this journey I continued pleasantly my conversation with Anna, who had arrived in the city 7 years ago, with the passion for the mountains and trekking. We obviously shared the same visions! We walked and walked and finally arrived at the famous and scenic lighthouse of Beachy Head, built at the foot of the cliff in the early twentieth century to assume the functions of the lighthouse of Belle Tout and is still in use. Originally thelighthouse was granite in colour. Later on a black stripe was added and finally the red and white stripes were added to make it more visible in daylight to passing ships. This picturesque lighthouse was used as a backdrop in music videos by David Bowie and The Cure.

The route continues with various climbs down to see the houses and the view of a city and so through a steep descent we arrived in Eastbourne, the final destination of our excursion. We went 21 miles and the tiredness was starting to make itself felt, so it was time to refresh ourselves in a pub with a cold beer. Then it was time to take the train back to London Victoria, where after a little more than an hour, we put the word END to this pleasant day

the city of Eastbourne

START:Seaford
END:Eastbourne
HOW TO GET THERE: the cliffs of the Seven Sisters are easily reachable from London. From London Victoria Station take the train to Seaford, you will have to make a change to Lewes while from Eastbourne you can take a direct train to London Victoria Station. The journey time is one and a half hours. For tickets and timetables you can visit www.southeasternrailway.co.uk
DISTANCE: 21 Km from station to station
TIME: for walking and some stops keep 6/7 hours
DIFFICULT: easy/ moderate of course it will be easier for people who do regular physical activity
TIPS: 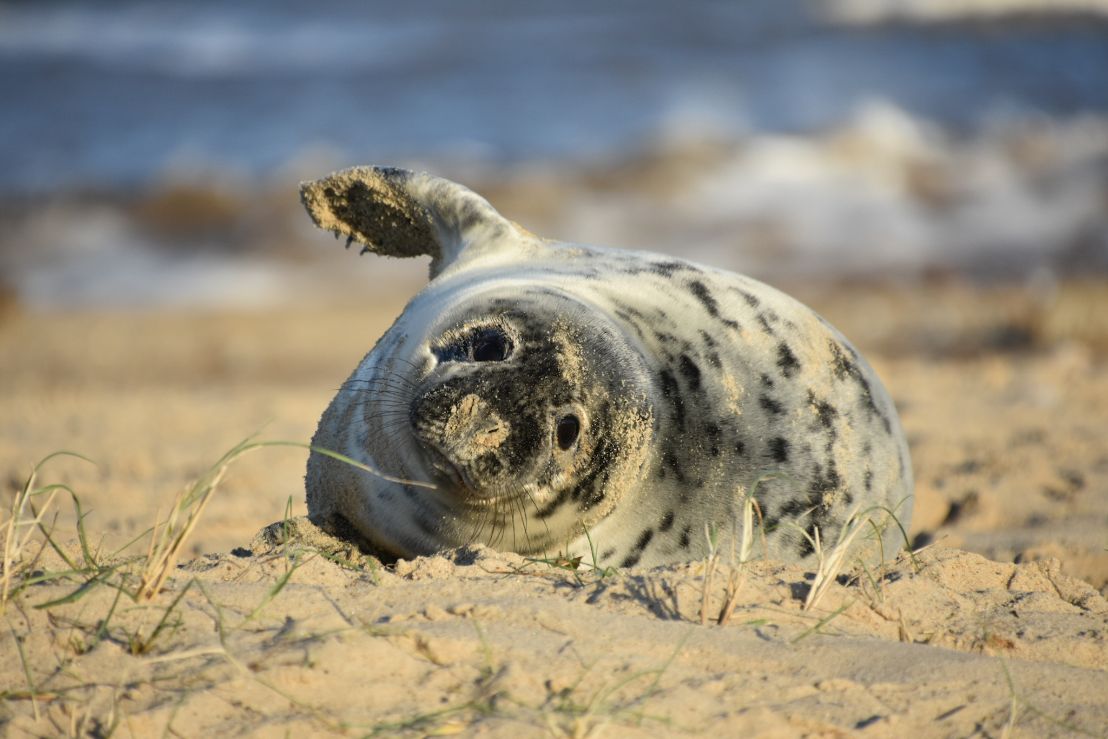 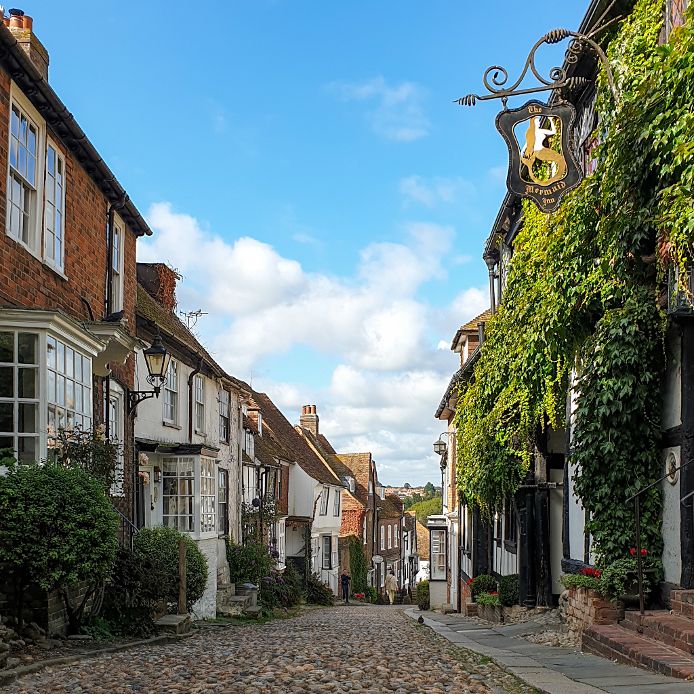